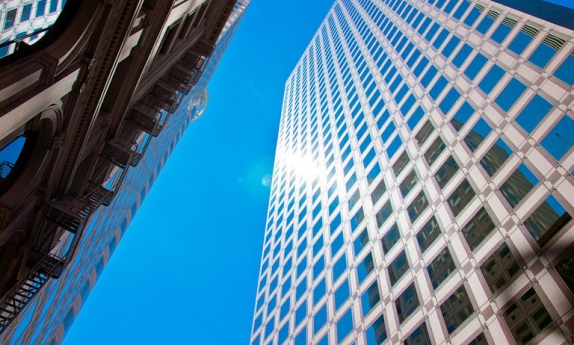 It has been over 112 years since the last devastating earthquake leveled San Francisco. The 1906 earthquake’s violent shaking ignited a fire that raged for three days, destroying over 500 city blocks and 28,000 structures, resulting in over half the population of 400,000 at the time to become suddenly homeless.

The U.S. Geological Survey estimates that San Francisco has a 72 percent chance of experiencing a 6.7-magnitude or stronger quake before 2043. Despite this ominous fact (coupled with the State’s severe housing shortage issue) San Francisco has slowly done away with its restrictive building codes limiting building heights to 500 feet. By 2004 major redevelopment was underway in the South of Market Street (SOMA) area of the city. Taller and taller high rise buildings in close proximity to each other were being approved in large numbers.

San Francisco now has 180 buildings taller than 240 feet, with many more being contemplated or about to be constructed. The iconic Salesforce building, now the tallest in the city, soars 1070 feet into the sky, with other contenders following right behind: The Transamerica Building (853 feet), 181 Fremont (802 feet), 555 California (779 feet), & The Millennium Tower (645 feet).

So how safe are San Francisco’s skyscrapers? Even the engineers who design them can’t provide exact answers to such questions due to a myriad of uncertainties like wildly varying soils conditions and the unknown seismic impact on number of stories built etc. Many buildings in San Francisco have yet to be retrofitted for earthquake. Per the USGS over 100 buildings over 250 feet in San Francisco still stand the risk of liquefaction damage in the event of a serious quake.

Previous earthquakes have revealed flaws with skyscrapers. A widely used welding technique was found to rupture during the 1994 Northridge earthquake in Los Angeles. Many high rise buildings in San Francisco have employed these same flawed welding techniques and have yet to be inspected for damage post the 1989 Loma Prieta Bay Area earthquake.

Until a few years ago high-rise buildings were not a focus of San Francisco’s seismic safety regulations. What shifted the debate on seismic safety was the sinking and tilting of the 58-floor Millennium Tower (completed in 2009) which became headline news for months. The mayor and city officials responded to this crisis by launching The Tall Buildings Study, a $400,000 project funded to assess high rise building safety. The study, which took 14 months, was completed in January, 2019 and was put together by the City Administrator’s Office, in collaboration with the Office of Resilience and Capital Planning and the Department of Emergency Management.