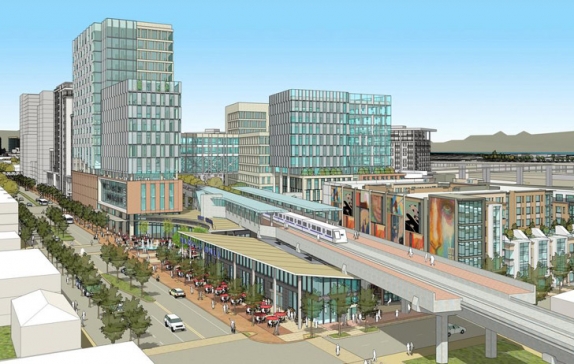 Back in December of 2018, Senator Scott Wiener introduced Senate Bill SB 50 (referred to as “The More Homes Act” (Housing-Opportunity-Mobility-Equity & Stability) that would eliminate restrictive low-density housing near transit and job centers and create new zoning standards. The bill’s intent was to make way for construction of multi-family apartment buildings in those areas, resulting in more people living and working within hubs connected to public transportation.
Not only would SB 50 create more affordable and low-income housing around city centers, but it would also reduce carbon emissions by removing more vehicles from California’s already congested roads.
This is the second attempt by Senator Wiener to deal with the State’s severe housing crisis. The first bill he authored addressing this issue was SB 827, which he proposed in April of 2018, would have allowed for the construction of apartment buildings up to five stories tall near every high-frequency mass transit stop in the state. Supporters of the bill, dubbed YIMBYs (“Yes In My Backyard”), took on residents from wealthier, single-family home neighborhoods, who deployed the traditional NIMBY (“Not In My Backyard”) argument that the bill would imperil their neighborhood’s character and lead to traffic and parking woes.
SB 827 was killed in its first committee hearing with a vote of 4-6, with the only two YES votes being from Democrats /the bill’s authors - illustrating the disconnect between the bill’s progressive goals and the demands of constituents from often affluent cities seeking status quo.
Several California mayors have already voiced support for Wiener’s current bill, including San Francisco Mayor London Breed who commented that “San Francisco, along with the entire Bay Area, needs to create more housing if we are going to address the out of control housing costs that are causing displacement and hurting the diversity of our communities.”
Last month SB 50 faced the Senate’s Appropriations Committee. After a brief and speedy hearing, the zoning plan ended up in suspense. Promising not to leave making a decision on the bill in limbo forever, the Committee agreed to defer a final vote on the issue until January of 2020.
When learning of the Appropriations Committee’s inaction, Scott Weiner commented “We’re either serious about solving this crisis, or we aren’t.
Senate insiders know that simply letting unpopular plans languish in suspense can be a means of getting rid of them without a vote. Meanwhile, California’s housing and homeless crisis continues to intensify unaddressed.