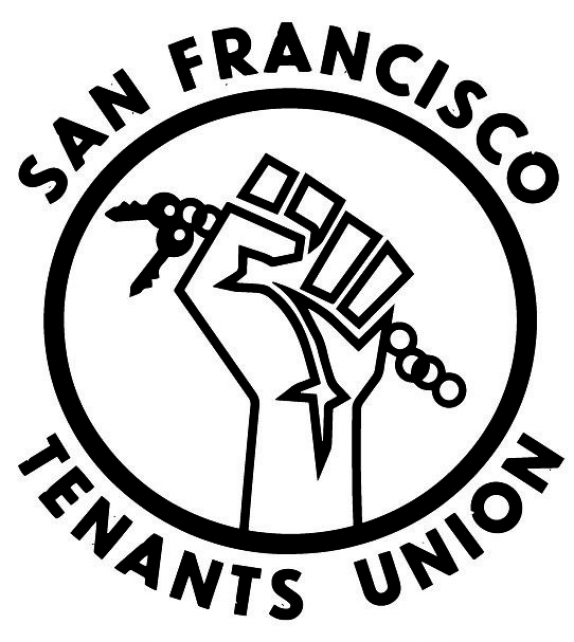 For more than 40 years, the San Francisco Tenant’s Union has empowered renters to know their rights, and assert them in an informed and dignified manner. A mostly volunteer-run organization, the SFTU offers advice to tenants on how to secure and maintain habitable and affordable housing.

Through drop-in counseling services and the distribution of a Tenant’s Right’s Handbook, the SFTU has educated thousands of San Francisco renters on their rights under local, state and federal law.

The beginnings of the Tenants Union started back in 1971, when a small group of San Francisco State University students banded together to form the Tenant Action Group. Initially motivated by stymied attempts to effect improvements within their own housing, these early pioneers sought to build a broader network of community members who shared their concerns. From this network came the seeds of the tenant’s rights movement in San Francisco.

In its early years the organization used the Haight Ashbury Switchboard as their administrative home base, while the real work was undertaken directly within the community. Volunteers counseled tenants on street corners and assisted in organizing campaigns among neighbors with shared housing concerns.

Though its location and name have long since changed, the SFTU has adhered closely to its original model of organizing and counseling as the two primary means of achieving greater economic and political equity for tenants. These two activities complement each other by both helping tenants address their own individual concerns, and as a means of organizing a tenant constituency motivated to pursue broader neighborhood and city-wide aims for renters.

Since the 1970s, the Tenants Union has helped design and advocate for legislation that restricts unjust rent increases and evictions. Notable victories have included:

1979: The passage of the Rent Control Ordinance which restricts evictions and rent increases.

1982: Elimination of a section in the Rent Ordinance which required that tenants actively object to unlawful rent increases for such increases to be considered illegal.

1992: Proposition H, which reduced yearly rent increases for tenants protected by rent control by half.

1994: Proposition I, which extended the protections of the Rent Ordinance to tenants residing in buildings consisting of 2-4 units.

2000: Proposition H, which limited landlords’ ability to pass on the costs of capital improvements to their tenants.

2002: Defeated Proposition R to repeal rent control. If passed, it would have also drastically boosted the number of condominium conversions in the city, thereby eliminating vast portions of rental stock.

2005: Provided relocation payments for tenants evicted by the Ellis Act.

2016: Advocated for legislation which passed, enforcing penalties to reduce the illegal postings of Airbnb, which would have removed much affordable housing from the market.

2018: Forced Airbnb to comply with the law. 5000 units removed from short-term rental and potentially returned to housing. Also as major advocates for Prop F, which provides tenants with an attorney during an eviction attempt.