Agents Perspective - The Van Ness Improvement Project: Completion delayed until the Summer of 2021 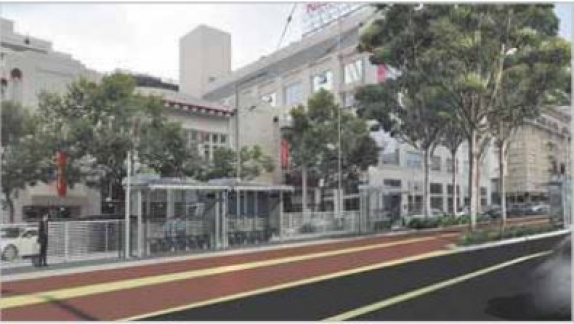 The Van Ness Avenue corridor serves as a vital connector of neighborhoods and a regional link for travel between Marin, San Francisco and San Mateo Counties. Van Ness Avenue is one of the busiest north-south corridors in the city, spanning 2 miles from Lombard Street to Mission Street. In 2003, 75% of San Francisco voters approved a sales tax to provide Rapid Transit service on Van Ness Avenue.

In September 2013, the Board of Supervisors, acting as the San Francisco County Transportation Authority Commission, unanimously approved the Van Ness Bus Rapid Transit Project, the core of the Van Ness Improvement Project. The overall cost to revive this aging corridor is $309m, $75M of which was provided by a grant from the U.S. Department of Transportation’s Federal Transit Administration.

The renovation project, awarded to Walsh Construction, was expected to last 3 years and be finished by the end of 2019. Currently only 36% complete due to unexpected delays, the anticipated completion date has now been pushed out to the Summer of 2021. Crews digging underground have reported repeatedly hitting 1800’sera old water mains and sewer lines that weren’t marked on maps. A year ago, workers struck a pipe beneath Van Ness and Filbert Streets that was completely encased in tree roots, sending water gushing from beneath the roadway. The SFMTA has put new procedures in place to avoid such future problems. Workers have also been since provided with ground-penetrating radar to find density changes in the soil that point to potential impediments. New strategies have been created to cut holes in the roadway to burrow down and find out whether conditions resemble plan drawings provided.

Business owners along Van Ness have seen their curbside parking disappear and sidewalk fences go up, essentially walling many of them off from the street and potential customers. Many retailers are either being forced out of business, or have reported a reduction in sales of as much as 50%. The transportation agency has offering assistance to those harmed by construction, ranging from new signs, to loading zones, cleanup, or even small business loans – offering little comfort to merchants facing yet another 2 years of delay.

On the bright side, this massive civic improvement project is bringing San Francisco its first Bust Rapid Transit (BRT) system, a much-needed and globally-proven solution to improve transit service and address traffic congestion on this major north-south arterial. When completed, travel times for Golden Gate Transit and Muni routes are expected to be cut 32%, reducing commute times by 10 minutes between Market & Lombard Streets.

Per the SFMTA, features of Bus Rapid Transit on Van Ness will include:


New landscaping, lighting, and a rain garden are also planned to bring Van Ness Avenue back to its former glory