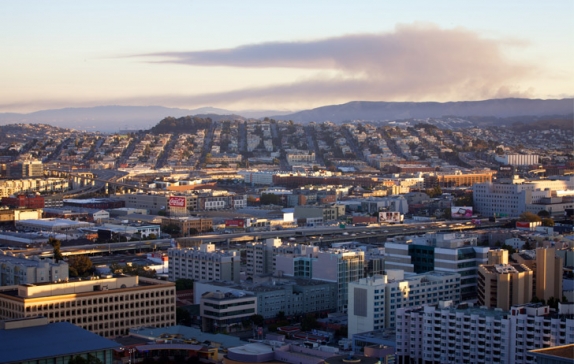 The City of San Bruno is a community driven city with a storied history. San Bruno, along with the majority of the peninsula, was originally inhabited by the Ohlone native tribe. In 1775, Bruno Heceta organized the first extensive exploration of the area, which lead to the founding of the San Bruno Mountain; the highest peak in the area and the backdrop for the city that shares its name. In the 1820s, the land was awarded to Jose Sanchez as part of the Sanchez Mexican land grant. After Sanchez died in 1843, his land was divided equally between his nine heirs, who in turn lost it to the court system after the Mexican-American war in 1848. Most of the land was the purchased by Darius Mills. Over the following years, the only development that took place was through dairy farms that became common to the area.

Soon enough, the area developed into a supply stop on the Butterfield Overland Mail Stagecoach Route. Founded under the name “Clark’s Station,” it began as a simple lean-to for drivers to help refresh their horses. In 1849, James Thorpe built an inn, originally known as Thorpe’s place, later becoming Uncle Tom’s Cabin. This inn became the predominant landmark of the area. In the 1860s, the railroad built a train station in San Bruno to connect the city to the rest of the Bay Area through the Southern Pacific Railway Station. Real development of the city began after the 1906 earthquake, after its first school was built. The city was incorporated in 1914.

In its mission statement, San Bruno strives to provide excellent services for the community in order to improve quality of life of its residents. San Bruno succeeds with its community driven mission with a variety of projects and community outreach programs. One of these programs is the recently completed Crestmoor Neighborhood Improvement project, a project created to rebuild the Crestmoor neighborhood of San Bruno that was destroyed in the 2010 fire. Another community driven program implemented by the City is the Community Emergency Response Team (CERT) program. The CERT program was created by the City in order to train residents in basic first response knowledge in order for them to be prepared in the case on an emergency if first responders cannot get there right away.

For the San Bruno Centennial, the City created a project called San Bruno Stories, in which residents shared their experiences, stories, and lives in the community to pass on to all generations. These stories can be found on the City’s website.

San Bruno offers a plethora of options for entertainment and recreation for both residents and visitors alike. For those interested in shopping, Tanforan Mall offers a variety of options, including shops, restaurants, and even a movie theatre. There are three parks in San Bruno (City Park, Commodore Park, and Grundy Park) for people looking for a relaxing outdoor space, or a great place to take kids. For residents, The San Bruno City Chamber of Commerce is also provides several events or the whole family. Events such as mixers, parades, workshops, and more can be found on their website and can be a great source of community building entertainment.

The San Bruno Park School District was founded in 1906. Currently, the district presides over six elementary schools and one intermediate school. The elementary schools within the district are John Muir, Portola, Allen, El Crystal, Rollingwood, and Belle Air. San Bruno has one Intermediate school in Parkside Intermediate. Capuchino High School is located in San Bruno, but it is presided over by the San Mateo Union High School District.

Located just south of San Francisco, San Bruno is a perfect commuter city. Although the majority of residents commute by car, the City offers a great number of public transportation options, such as BART, Samtrans, and Caltrain. The San Francisco Airport is also located in San Bruno.