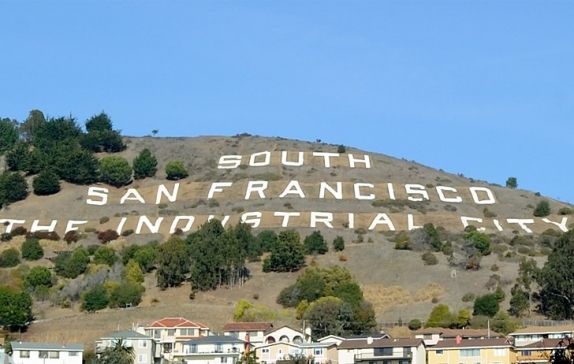 The City of South San Francisco has a rich history. The area was originally occupied by the Ramaytush, a linguistic sub-group of the Ohlone native tribe. The first European contact in the area was through the Portola Expedition of 1769. In the early 1800s, the area would become part of the Rancho Buri Buri land grant. In 1853, Charles Lux and Alfred Edmondson purchased part of Rancho Buri Buri. They maintained that partnership until 1856, when Lux bought Edmonson out of his portion of the land and became a partner with San Francisco butcher Henry Miller.

South San Francisco was incorporated on September 19, 1908. By the 1920s, the City had become known as the “Smokestack Capital of the Peninsula.” Residents themselves called it the “City of Industry.” Industry remained the main focus of the City’s economy until the 1950s. In 1976, South San Francisco’s new identity became the “Birthplace of Biotechnology” with the opening of Genentech.


Community in South San Francisco is greatly valued. There are many different ways that community manifests itself in the City. One of these ways is through an emphasis on diversity and inclusion. The City is home to several different community centers that are focused on diversity, such as the Basque Cultural Center and the Community Learning Center. The library hosts several culturally diverse storytimes throughout the month, such as a Tagalog, Spanish, and Portuguese storytime. Several resources are hosted on the City’s website that also encourages diversity, such as links to arts and crafts from around the world, and games from around the world that families can play together.

For those that are interested in getting involved in the community, South San Francisco offers many ways to do so. Residents have access to a community garden, where for a small fee per year, they can have a plot that they can maintain and garden in. The police department also has many great opportunities for community involvement. One of these opportunities is a program called Citizen Police Academy, where citizens can get a glimpse of what it is like to go through police academy. Another program that the department offers is the Explorer Cadets, a program for 14-20 year olds that allows them to help police with events, go on ride-alongs, and assist with the records division.

For those looking for recreation, South San Francisco offers many options. Overall, there are 21 parks with playgrounds in the city. The largest one of these parks is Orange Memorial Park, which along with the playground includes a baseball field,
barbeque pits, bocce ball courts, and an indoor swimming pool. South San Francisco also offers several trails for outdoor recreation. Some of the popular ones are located on Sign Hill, a large hill that has the phrase “South San Francisco, The Industrial City” immortalized onto the side.

Fun Facts: Before South San Francisco was planned out as a city, it was a town called Baden. The original town is now a neighborhood of the City.