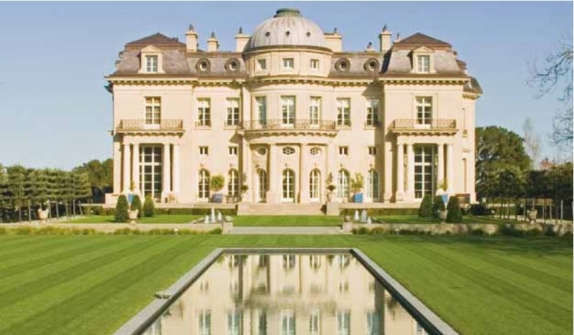 The idyllic town of Hillsborough was incorporated in 1910, after starting out as “Rancho San Mateo in the mid 1,800’s. Th e huge tract of land was purchased from the Mexican Governor Pio Pico by William Davis Merry Howard, the son of a very wealthy shipping magnate from Hillsboro, New Hampshire. Part of that tract became what is now the city of San Mateo, and as the gold rush hit northern California, the landscape totally changed. As San Mateo grew, along with Burlingame, its neighbor to the north, many of the estate owners did not like the changes to their tranquil community and decided to incorporate rather than be annexed by the residents of the larger neighboring towns. Th us Hillsborough was born on May 5, 1910 with a population of approximately 750 people.

Fast forwarding to today, the town of Hillsborough comprises 6.2 square miles of land with just under 4,000 homes and over 11,000 residents. Zoning and subdivision ordinance changes that were implemented in 1953 dictated that minimum lot sizes be one-half acre and that homes had to have at least 2,500 square feet of space. As Hillsborough grew, it never changed from being strictly a residential town of single-family homes, with no apartments or condominiums, and no commercial zoning. While it has four public and three private schools, a golf course, a country club, and a small park, the town has no businesses other than the government offices in town hall and the public works department and its facilities.

Hillsborough has its own three award-wining elementary schools and one middle school, but no public high school. High school-aged children can attend one of three schools in the San Mateo Union High School District, usually based on residential address. Th e town is also home to a small number of highly-regarded private schools, including the Nueva School and Crystal Springs Uplands School. Th e Hillsborough public school district has been ranked as the #1 school district in California and one of the top ten school districts in the country. It is one of the main reasons people move to the town and why its real estate has always been in strong demand. While Hillsborough is one of the wealthiest communities in America and has the highest household income of places in the United States with populations of at least 10,000, it remains a very discreet, low-key town with a strong sense of community that is in large part due to its outstanding school system.

The current available inventory at the beginning of this year is very low, with virtually nothing available below the $3 million mark. In fact, as I write this letter there are only 22 active listings on the MLS, with a median list price of just under $5 million. Th ese fi gures are virtually identical to last year, and once again, I think that this is great news for sellers thinking of listing their properties by the beginning of this spring. It is very obvious that good listings, especially those at or below the median price, are defi - nitely needed and will undoubtedly attract multiple buyers.

Due to its picturesque setting and location just 17 miles south of San Francisco, its temperate climate, privacy, lot sizes, school district, and its proximity to SFO, Silicon Valley and biotech alley, Hillsborough will always maintain its desirability among buyers looking for a retreat from the hustle and bustle of the larger surrounding cities. While it has grown tremendously from the time it was incorporated, Hillsborough has still maintained its quaint charm and serene ambiance.