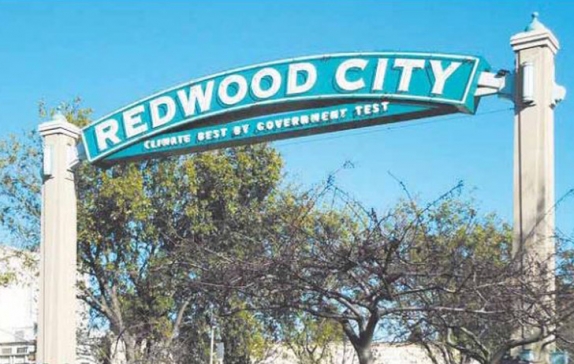 The City of Redwood City is a San Francisco Bay Area community located in the heart of Silicon Valley, the technology-rich region extending from the San Francisco Peninsula to the foothills of the Santa Cruz Mountains.

Redwood City is the third largest city within the County of San Mateo, with 82,881 residents. The city enjoys an average of 255 sunny days a year, which it boasts via the city slogan: “Climate Best by Government Test”. Incorporated in 1867, Redwood City is home to the San Mateo County History Museum (located in the county’s old courthouse) and the only active deep water port within the south bay of San Francisco.

Redwood City is rich in history and local lore. As the oldest city on the San Francisco Peninsula, Redwood City has a long and varied history. Originally a port town during the Gold Rush, Redwood City became the County Seat of the newly formed San Mateo County in 1856. Downtown grew into a vital center for commerce, government, and manufacturing in the early 20th Century, before declining in the 1960s and 1970s. During the late 1900s and early 2000s Downtown Redwood City began revitalizing, and this revitalization continues today.

The land that eventually became Downtown Redwood City was once part of a vast Spanish rancho owned by the Arguello family, which was used for grazing cattle and horses and for providing missions in the area with supplies of food and animal hides. When California became part of the United States, the redwoods in the Santa Cruz Mountains were logged for use in construction to the north in rapidly growing San Francisco. Initially, the logs, cut from the redwood forests along the peninsula skyline, were dragged overland by oxen teams. Soon, however, a deep-water channel off the bay was discovered in what is now Downtown Redwood City. A wharf or “embarcadero” was established at the point furthest inland which was still navigable for shipping lumber to San Francisco. The availability of water transport greatly increased the efficiency of the lumber trade. A small village consisting of the homes of laborers connected with the redwood trade and supporting business sprang up around the wharf.

Redwood City exploded in population following World War II. The town expanded outward, annexing territory toward the Bay and inland toward the Santa Cruz Mountains San Mateo County grew rapidly in population, and the county government built many large institutional buildings in the Downtown area. As regional shopping malls, freeways, and suburban sprawl siphoned energy away from Downtown, the area stagnated and declined. During this period, many historic buildings fell into disrepair or were lost altogether. Today the Historic Courthouse is beautifully restored and is the center of community life, bridging a proud past with a promising future.

Some data on Redwood City: To learn about schools visit http://www.redwoodcity.org/residents/school-and-education