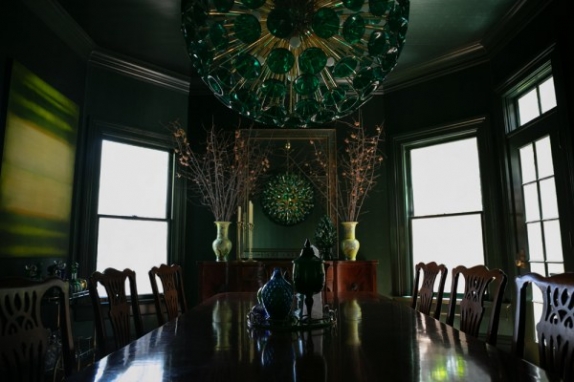 With a bold new palette, a 126-year-old family home in the City is more inviting than ever.

You might say that the hunter green wooden bench outside this Pacific Heights home is the first clue. On a crisp winter morning, the color also charms exterior trim and planter boxes lining the stairs to a black front door, the portal to a first floor recently reimagined by designer Lucy McCormick, who with her client invited the magazine on a tour. Inside, the client’s self-professed favorite hue runs through a chain of rooms where velvet club chairs reupholstered by J.F. Fitzgerald, a kelly green lacquered coffee table from Antonio’s Antiques and malachite accessories are balanced with fringed navy seating, pink accents and plenty of gold, notably Catlin Weatherill drapes framing the front windows of the 1896 home.

Born and raised down the hill in Cow Hollow, the fifth-generation San Franciscan has lived in the historic abode — which happens to be next door to a residence her great-great-grandfather built — for the past two decades with her husband and their two teenage sons. After gutting and remodeling it, for years they inhabited a largely pale palette. “Let’s do something interesting and fabulous,” she recalls of the inspiration to update the first floor, which extends from an entry foyer and unusually L-shaped living spaces through to an intermediary sitting room, with the formal dining room in the back. 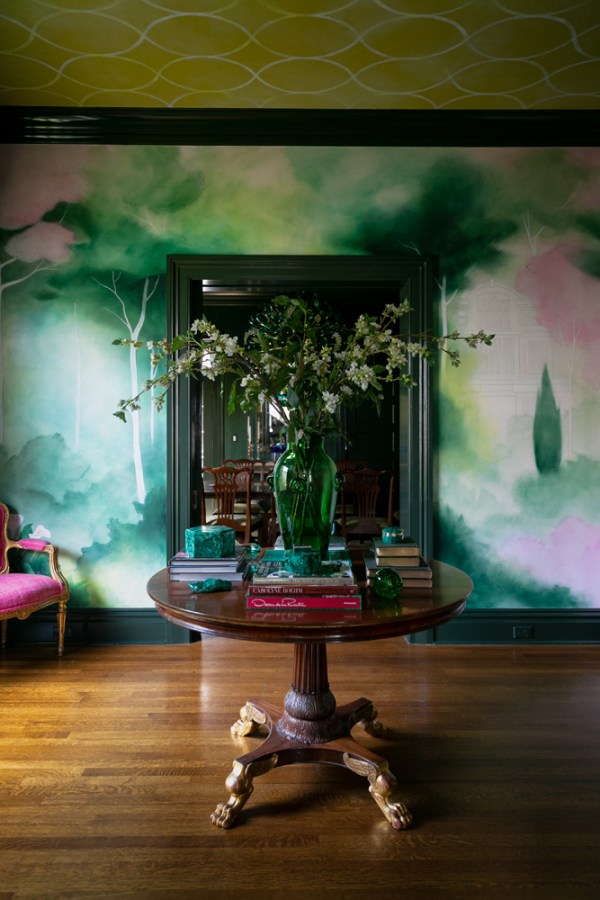 The layout was perhaps more conducive to living a century ago — and presented modern-day design challenges for McCormick, who took a holistic approach to connecting the spaces. For the main living area, she played with various seating vignettes, largely composed of recovered or repurposed existing furniture as well as new pieces sourced from Found by Maja or on 1stdibs, before deciding on two sitting areas delineated by the client’s grand piano. “You can space plan in CAD,” McCormick says, “but things organically change when you are installing a project.”

McCormick, who moved to San Francisco from London in 2010 and went out on her own with her eponymous design practice three years ago, is familiar with rolling with changes. After all, her résumé includes a host of concept-driven hospitality projects, which require coordination with large teams of invested parties and intersecting timelines. As part of Ken Fulk’s firm, she worked on the Commodore Perry Estate, Auberge Resorts Collection in Austin and Sadelle’s at the Bellagio in Las Vegas, and more recently the City’s Aziza restaurant with her own firm. “There is a totally different cadence to residential projects,” says McCormick, who still uses that conceptual ethos in her approach. “My clients like it because I move quite quickly.” 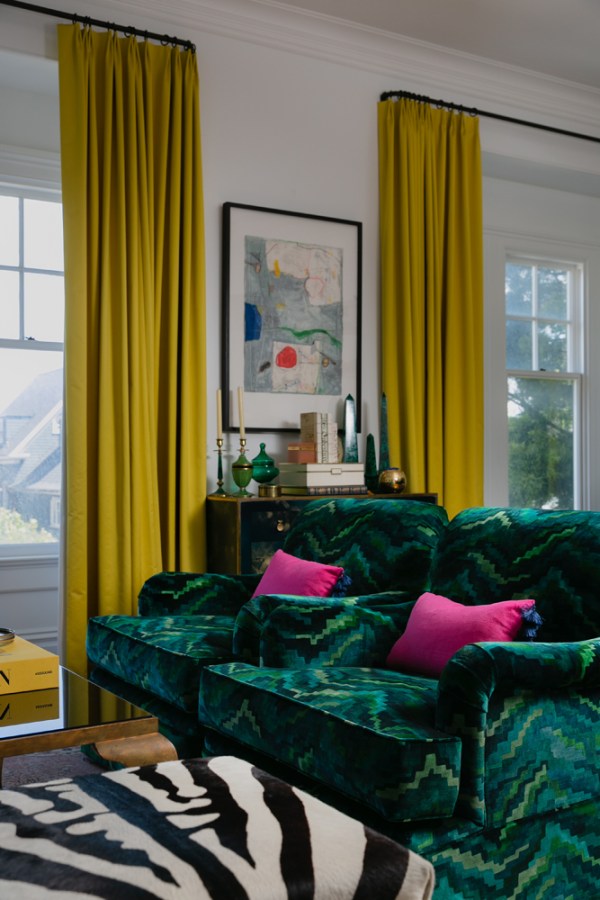 For the sitting room, really a pass-through area, McCormick found inspiration in a Parisian mural. The dreamy rendition by San Francisco–based decorative artist Caroline Lizarraga, where foliage blends as clouds might, includes a sketched façade of the house on one side and the Palace of Fine Arts on another. The avant-garde citron ceiling replicates the motif and scale of the windows, original to the four-level home.

The ultimate punctuation, however, hangs in the destination dining room. Sourced from Found by Maja, the brass Sputnik chandelier with 120 green Murano glass trumpets was assembled on-site after reinforcements were made to support its exceptional 45-inch diameter. It serves as an inverse anchor in a ceiling now covered in Schumacher’s Komodo in forest green, as are the dining room walls, their rich texture a subtly striped treat to the naked eye. “Dining spaces should be moody and intimate,” says McCormick. “All of these rooms needed to speak to each other. Finding that balance didn’t mean being overpowered by one color.”

“What makes me happy is how it’s all pulled together,” the client agrees of the project, begun in April 2020 and largely completed by last summer, save a few more art selections that need to be made and hung. “It’s really allowed us all to use our home more. That’s what homes are about — being lived in. And now we do, much more than before.”