HOW SAN FRANCISCO NEIGHBORHOODS GOT THEIR NAMES 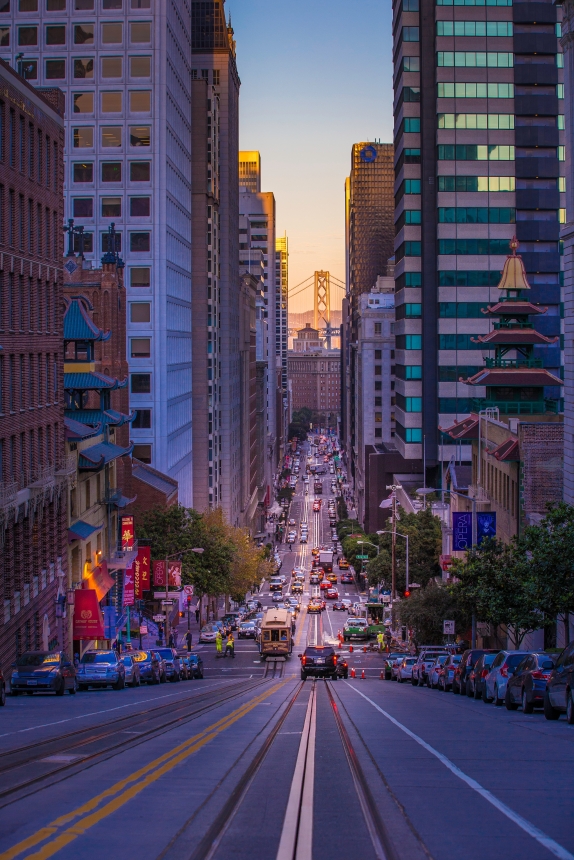 NOB HILL
Prior to the 1850s, Nob Hill was originally called California Hill, but was renamed after the founders of the first intercontinental railroad, Mark Hopkins, Collis Huntington, Charles Crocker and Leland Stanford - referred to as “Nobs” (which comes from Nabob, a Hindu word describing wealthy and powerful Europeans that made their fortunes in the East).

THE CASTRO
Named after the Commanding General of the Mexican-American war, Jose Castro.

COW HOLLOW
In the mid-1800s, this neighborhood was called Spring Valley for its freshwater springs. It later became known for dairy farming. Although the cows are long gone, the name Cow Hollow remains.

DOGPATCH
Dogpatch was called Butchertown until the 1960s. At the time slaughterhouses dotted the neighborhood. There is no definitive explanation for the name. One rumor is that there were packs of dogs that used to scavenge discarded meat parts from Butchertown.

EMBARCADERO
The name is derived from the Spanish verb embarcar, meaning “to embark”. Embarcadero itself means “the place to embark” (wharf in English).

FOREST HILL
Forest Hill was originally called Mount Parnassus. In 1886 Adolph Sutro planned for thousands of Bluegum eucalyptus trees to be planted in celebration of Arbor Day. 12 years after Sutro died in 1898, A.S. Baldwin bought the property which was then developed by the Newell-Murdoch Company into a residence park completed in 1913, and was named Forest Hill for its pines, cypress, and eucalyptus trees.

HAIGHT-ASHBURY
This hyphenated name comes from Henry Haight, a banker who became the 10th governor of California in 1867, and Munroe Ashbury, a member of the San Francisco Board of Supervisors between 1864 and 1870. Both men were actively involved in the development of Golden Gate Park.

TENDERLOIN
There are several explanations for the neighborhood’s name. On theory is that police in the 1930’s received a “hazard pay” bonus for working in such a violent area filled with prostitutes and crime, and thus were able to afford a ‘good cut of meat’. Yet another rumor is that the name is a reference to the “loins” of prostitutes.

SUNSET DISTRICT
The origin of the “Sunset” name is not entirely clear. One claim indicates that Aurelius Buckingham, a developer who owned property in the area, coined the term in 1886. Another claim comes from the California Midwinter Exposition in Golden Gate Park in 1894 aka “The Sunset City.” Source: Wikipedia