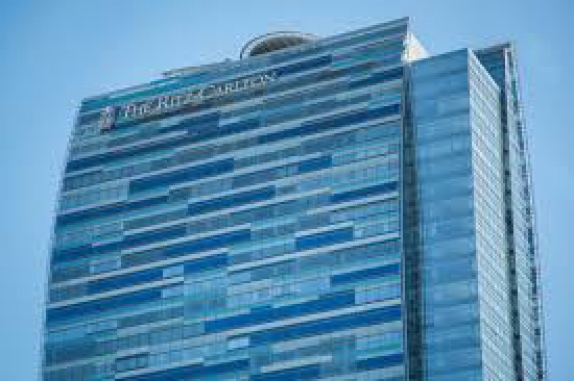 Imagine spending millions of dollars to buy one of the luxurious Ritz-Carlton residences in downtown Los Angeles only to learn you may soon be sharing space with the homeless. It’s a real possibility for owners of the 224 units that make up the top floors of the Ritz-Carlton’s 54-story high-rise, where condos range from $1M to $40M. Understandably, hearing the news homeowners were shocked and offended.

At the onset of the Covid19 pandemic, Governor Gavin Newsom launched Project Roomkey, a joint effort by the state, county and city of Los Angeles to temporarily house and isolate some of the most vulnerable homeless population in empty hotel rooms. Participants selected are prioritized based on age and risk factors for contracting Covid-19, and get their own rooms, showers, bathrooms, along with three meals daily. FEMA is covering 75% of the hotel room cost.

In L.A. County, a staggering 60,000 people are estimated to be living either in the streets or in their cars. Local officials set a goal to move about 15,000 homeless (particularly the elderly) into the temporary hotel program. To date approximately only 3000 rooms have been leased out – with only about have of this amount actually being occupied.

Per LA Councilmember Mike Bonin “trying to get answers about what’s really holding up the program has been “difficult and frustrating” expressing a concern that bias against the city’s homeless population could be a “potential civil rights violation or a case of discrimination.” Frustrated by such underwhelming results, Bonin ordered a list of all hotels that had declined to participate in the Project Roomkey initiative that had received financial assistance from the city in the past in an effort to require them use their properties to address the current crisis. Hotels that came to the forefront of the list included the 1000 room J.W. Marriott/123-room Ritz-Carlton complex, along with the InterContinental and the Wilshire Grand – where rooms rent for $500 to $800 per night.

LA City Councilmember Mitch O’Farrell commented “The fact that we give public subsidies, public dollars to these hotels would seem to me to be a complete justification that we expect something back, especially during an emergency.”

ABC7 obtained an email from the Ritz’s homeowner’s association that says it has resisted Project Roomkey sighting concerns about “safety, security, property values and overall lifestyle.” Many owners have voiced concerns about how such a program will impact their reputation or image, as well as the potential for property damage - despite that fact that contracts require hotels be returned in their original condition.

Heather Rozman, executive director of the Hotel Association of Los Angeles, commented that solidifying contracts between hotels and the county has proved to be more complicated than anticipated, and that “many hoteliers have been hung up navigating liability and insurance issues” as they consider entering into contracts.

For now, owners are being urged to contact their local representative to oppose any participation in Project Roomkey by the Ritz-Carlton or J.W. Marriott. “Our main point for waiver, is that we have residents attached to this building.”