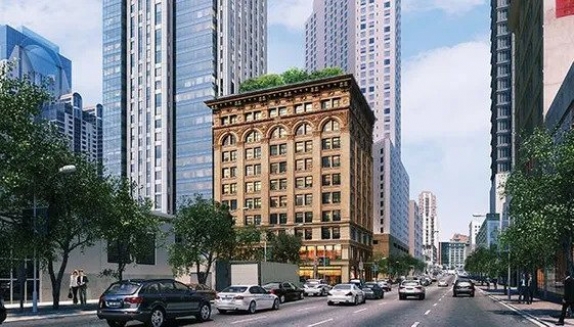 2020 was quite the year to forget – a perfect storm of economic turmoil. Uncertainty abounded, largely caused by the unknown effects of Covid19, an unpredictable election outcome, skyrocketing unemployment, and civil unrest.

Due to the shelter in place mandates, employees were compelled to work from home. Feeling trapped in a two-bedroom condo tower, many in the tech and financial sectors headed off to smaller outlying cities such as the Napa Valley or Lake Tahoe, which offered such sought after amenities as a backyard or pool.

When the pandemic hit in February of 2020, condo inventory soared, sales plunged, and listings hit an all-time high. In fact, there was 85% more condo units available than at the same period in 2019. As condo sales came to a near halt, developers responded with price reduction incentives of as high as 30%, resulting in a buyer’s market.

Sensing a great opportunity, many potential buyers who had remained on the sidelines started to pour back into the market in Q4 of 2020. A lot of local buyers who were either existing residents or renters in the downtown area started to drive up demand in November and December – motivated by low interest rates, the need for more space, or taking advantage of great deals on condo leases. Recent buyers have been identified as a mix of people returning from out of state or surrounding cities.

In January of 2021 home sales in San Francisco have shot up a whopping 67% vs, the same period in 2020. Condo prices have begun to tick up as well. A sure sign that the market is improving: 20 condo units in the SOMA area alone have gone into contract within the last two weeks.

4000+ condo units are scheduled to be released in San Francisco this year, including the luxury Four Seasons Tower at 706 Mission Street, and One Stewart Lane located on the Embarcadero.

As a direct impact from the pandemic, many other new developments that were scheduled to break ground have been stalled until 2022-2023 due to a stem in available capital. Investors have expressed concerns about high taxes, bureaucratic delays, and quality of life issues such as expanding homeless encampments, street crime and drug dealing – which give companies less of an incentive to return to the downtown core.

Per Compass realtor Andy Ardila, an expert in the luxury condo sales in SOMA: ‘San Francisco’s real estate market has always proven to be resilient. Now is a great time to negotiate a great deal on a condominium before the window of opportunity fades away.