TIME TO RECONSIDER PURCHASING EARTHQUAKE INSURANCE BEFORE THE ‘BIG ONE’ STRIKES 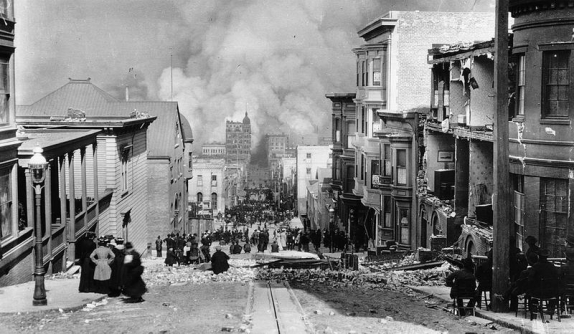 2020 has been an unprecedented year for disasters, with Californians having to deal with one nightmare after another: recurring wildfires, floods, and Covid19. Yet another potential disaster is looming. 75% of the nation’s earthquake risk is right here in California. Scientists say we’re going to get hit again, and hard. Indeed, seismologists say the State is well overdue for another major quake.

Nearly 90% of California homeowners do not have earthquake insurance, and barely 1 out of 10 commercial buildings are insured for quake, according to the California Department of Insurance.

Considering that about 1/5th of the nation’s mortgage debt is held in California, the stakes are enormous. A study by the nonprofit R Street Institute estimates that the Federal Government-backed mortgage giants Fannie Mae and Freddie Mac have uninsured earthquake exposure in excess of $200 billion. The report expresses concern that private banks, too, are exposed. It warns of “a failing for the banking industry and a potentially catastrophic taxpayer hit if a major quake catastrophe should occur.”

A recent scenario by the U.S. Geological Survey estimates that if a major earthquake of magnitude 7.0 occurred on the Hayward Fault on the east side of the San Francisco Bay it could destroy 50,000 single-family homes from subsequent fires and shaking.

Per Jill Hernandez, executive account personal lines manager at Heffernan Insurance in San Francisco, affluent market carriers such as Chubb Insurance are now offering ‘Broad Form’ earthquake coverage which provides a much more comprehensive policy for covering your dwelling, other structures, personal property & loss of use – and even includes ‘hardscape coverage’ for a very reasonable premium.

“I’ll just hand over the keys to the bank”

Homeowner’s who let their banks foreclose on earthquake devastated homes not only lose all of their equity, but also put their credit rating at risk.

For anyone that knows anything about earthquakes this is the silliest of arguments.

“My home is bolted to the foundation”

Bolting seems to work best for 1 story frame homes; homes that are 2 or more stories or that have big picture windows or other large gaps in the frames are likely to suffer more damage even if bolted. Of course, all the bolting in the world won’t help if the soil you home is subject to liquefaction (such as San Francisco’s Marina District).

“I will just apply for government assistance/FEMA”

The common assumption is that a high impact event will be covered by the Federal Government. Not so! Assistance to individuals and households is only intended to get people back in their homes. FEMA’s maximum grant to homeowners is $33,000. Applicants should remember that FEMA’s low interest loans won’t cover their existing loans by a penny and must be paid back. Servicing double mortgage payments could be financially devastating.

Plan now to avoid becoming a victim of the next California disaster!